Why you need to protect yourself while playing online: VPN for Xbox Gamer 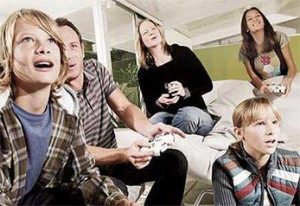 Xbox series of gaming consoles continue to become popular each day. Although they face competition from PlayStation gaming consoles, Xbox dominates the online gaming and home console gaming scene. The interactive operating system ability to play DVDs, run games, access online services has given it the popularity it enjoys today.

This success also brings along threats – hackers. Risks include information stealing, online identity theft, and DDoS attacks. Today, it is, therefore, important to protect yourself while gaming online than before. Luckily, you can use a VPN on your Xbox to guard yourself against these threats, your privacy and significantly enhance your gaming experience.

Who wants to harm a gamer on Xbox?

Some reasons can be put forward on why a gamer can be targeted. Someone can steal your Xbox account and use it to buy things, a cyber criminal can steal crucial information, or even a DDoS attack can be well designed and executed to disrupt a live game. With more and more games requiring an internet connection, and an increased frequency of using Xbox live, this is a real threat to your gaming.

Reasons to use VPN on games

When gaming online, you can experience problems accessing content on your Xbox. Some countries keep a keen eye on their Internet users and block online games and services that users want to access. VPN allows you to stay completely private while circumventing the annoying content blocks.

It hides your IP address and encrypts your data melting through content blocks and giving total privacy. Some VPN providers go ahead to give gamers an enhanced experienced where multiple friends can join the same server for the online game. When you go through geo-blocks, you may get cheaper online games because the prices vary significantly depending on country taxation laws.

Of late online gaming, tournaments are mostly vulnerable to DDoS attacks. Using a VPN server for your online gaming can prevent DDoS attacks. A VPN will also help to reduce ping in games because it gives players a stable online connection while connecting to distant servers without tampering with the speed.

Do not allow your network to became a casualty of internet scams, when you use a VPN you will enjoy your gaming safely and uninterrupted. As a gamer, you value a secure, quality gaming experience, and that is what a VPN for Xbox gamer is all about.