Why You Don’t Need to Install a Third-Party Firewall 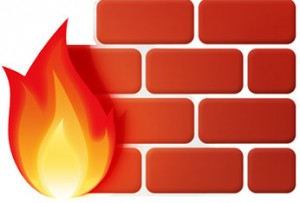 Firewalls are an important aspect of computer security as they prevent malicious attacks and harmful incoming connections. Often third party companies will contact computer owners to advertise their firewall software and promote their benefits. However in the majority of cases computer owners do not need to install a third party firewall and are more than ok with the firewall that is already installed on their computer. Here are 3 reasons why:

If you have a Windows computer that is XP SP2 or newer then your computer will already have its own solid firewall. The Windows firewall will be more than good enough to keep you safe when on your computer, especially if you are only worried about blocking malicious incoming connections. A full internet security suite is also often completely unnecessary. As a result, you do not need to shell out on, or install a third party firewall.

If you install a third party firewall you will have to endure numerous pop up messages informing you that the firewall is doing its job- because third parties want you to know that you are getting your money worth. However, the Windows Firewall that is already installed on the computer will not send you pop ups, but instead will plug away in the background.  As a result you will be able to surf the web and use your computer safely without being disturbed by pop ups.