What is IPv6 and when is it going to take effect? 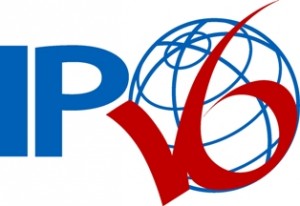 Organizations have been called upon to plan for the adoption of IPv6 which is the new version of the basic Internet Protocol meant to supplement and replace IPv4 protocol that has existed for 25 years. According to Internet Society, if the implementation of the new protocol is delayed, global connectivity and growth of the internet may be negatively affected.

According to techopedia, it is the fourth revision of the (IP) Internet Protocol. It is popularly used protocol for data communication over a variety of networks.  Depending on the type of network, IPv4 can be configured in many ways with different kinds of devices including automatic and manual configurations.

It is the new version of the Internet address protocol that has been created to supplement and finally replace IPv4, which is the version that underpins the internet today. The basic IPv6 was developed by the Internet Engineering Task Force (IETF) and published in 1998. Several enhancements have been added since then.

IPv6 solves the problem of IPv4 address exhaustion by simply having more address space to recognize devices that are connected to the internet uniquely. IPv4 has a maximum of about 4 billion addresses, and on the other hand, IPv6 has a maximum of about 340 trillion addresses. Realistically, IPv6 addresses are designed for routing and other uses. Therefore, the number of addresses available is effectively less, but still enormous.

The vast amount of IPv6 address space means the end user will;

With the current consumption, the RIRs IPV4 address pools will almost be depleted in a year. The US has less than 365 days before all new networks are shifted into using IPv6 address space. Before the arrival of this date, several global IT giants, and other organizations have continued to encourage adoption of IPv6.

IPv6 was developed as an evolutionary upgrade to the IP and will, synchronize with IPv4 for a while. It is intended to steadily enhance the growth of the internet concerning both the number of hosts attached and the entire volume of traffic that is transmitted.