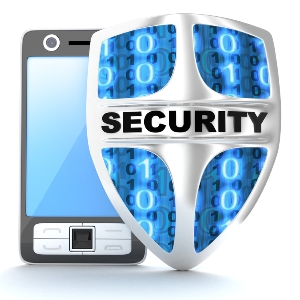 The majority of us have smartphones, and furthermore a lot of us use them every single day of our lives. Whether we use them for playing games, working, or just keeping in touch, they play an essential part in our lives. That’s just one of the many reasons why when there is an inconvenience to our smartphones, we tend to get upset. So without further ado, here are the top 5 smartphone security threats in 2016.

#1 – Mobile Payments
This is one of the threats that come up every year, hackers who specifically target mobile phones. The reason that hackers do this is due to how both mobile phones and tablets are significantly easier to hack into than computers, thus making it easier to get into services such as iTunes or Google Play.

#2 – Denial of Service Attacks
Over recent years, many gaming networks have fallen victim to DoS attacks, and these attacks have begun to spread to mobile phones. While mobile networks are under attack, it leaves our phones security systems as vulnerable as ever.

#4 – Malware
One of the things that makes it easier for hackers to hack into both smartphones and tablet devices is the fact that anti-virus software isn’t as common as it is on computers. It’s important that we find the right protection against our smartphones being infected to prevent any damage or data theft occurring on our smartphone.

#5 – Identify Theft
We store a lot of data on our smartphones. Our name, date of birth, email address, our phone number (of course), and a lot of us use our mobile phones to pay for certain things on the internet. While that wouldn’t usually be a problem, if your smartphone falls victim to a hacker, all of the data that you have put into your phone is accessible by them. This puts you at a high risk of having your identity stolen.
Unfortunately, with technology, there are always going to be security threats and people trying to get past all of the security protocols that are put in place. Although it’s important that we do what we can to fight back and prevent ourselves from becoming a hacker’s next victim.