Should You Cover Your Laptop’s Camera? 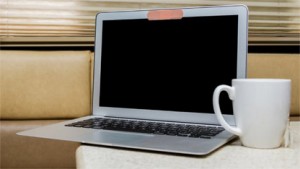 One of the tactics hackers and cyber criminals are using is accessing your laptop through the camera. According to the FBI, they have placed a warning urging you to cover your laptop’s camera with tape for security reasons. It is one of the ways to spy on you, and that can compromise your security on many levels.

The increase of cameras on mobile devices as well on TVs is a step in the right direction, yet it is an avenue for spying on you. According to www.howtogeek.com, a school in the USA narrowly escaped prosecution charges after a student sued them for secretly spying on the students through the school issued laptop. This is a serious concern and you never know the location of the spy or their intentions. Edward Snowden leaked out information showing that the NSA had programs that successfully gains backdoor access to the cameras on iPhones as well as BlackBerries.

Software companies have had success in creating programs that can be used to spy on you. They successfully override the web cam’s light and can record your every movement without your knowledge.

While covering your laptop’s camera is not necessary, it is good practice as you never know who could be watching. Most people think since they have not connected their laptop to the internet, they are safe. There are certain malware devised to spy on you even when offline.

Hackers simply send you programming projects in the form of an .exe file which you think is useless since it does nothing. It goes undetectable, and it could spy on you to the point of identity theft and more serious cyber crimes.

According to www.engadget.com, BBC ran a story about the importance of covering your laptop’s webcam which was sparked by the story of Cassidy Wolf. A year before she became the Miss Teen USA, a boy in the high school she attended hacked her webcam and took compromising photos of her in the privacy of her bedroom. She realized the hacking when he accessed her social media accounts and started extorting money from her. He had secretly taken photos of 11 other girls and was also trying to extort money from them.

Unless you are using your laptop’s camera for communication purposes like video calls on Skype, always cover your camera. Mark Zuckerberg and the director of the FBI are champions of this cause. You never know who could be watching.