How Yahoo Betrayed Its Users; Can I Trust My Email Provider? 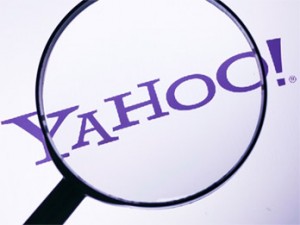 Yahoo was once the darling of the internet, but it is now in crisis after the announcement that it experienced the greatest data hack ever recorded and it took two years to notice. Half a billion Yahoo Mail accounts are alleged to have been exposed, and Yahoo may have facilitated it. The company said that data associated with 500 million user accounts was stolen and it believed that the act was perpetrated by state-sponsored agents.

CNN Money wrote that the hack which occurred in 2014 led to the loss of email addresses, dates of birth, names, hashed passwords, telephone numbers and both encrypted and unencrypted security questions and answers. According to an article posted on Techdirt, in 2015, Yahoo allegedly built software to scan all emails under pressure from FBI or NSA. This was done secretly, and even the Yahoo security chief was kept in the dark, but his security team discovered it in May 2015. He later resigned and joined Facebook in protest.

Yahoo’s alleged secret collaboration with the US government brings up the question of trust and legality and warrants further investigations since the company is a law abiding, and should comply with US laws. Now, the question that all other e-mail users are asking is: if Yahoo accepted this secret order, what about the other mail providers? Did Microsoft, Google, AOL mail, and Facebook and others get similar requests to wiretap their systems for examining all emails at the command of the US government or others?

The issue reminds us how government-led backdoors are risky for internet users’ security, and why users will continue doubting their email service providers. The effect of Yahoo betrayal to their users is also felt by users of other mailing providers and tech giants who are left to wonder about the security of their data in the hands of these companies.

Digital privacy campaigners have increasingly called for the observance of the rule of law by tech companies and mail service providers. Civil liberties that protect the privacy of users must be upheld.