Do I need an antivirus on my Windows 10 PC? 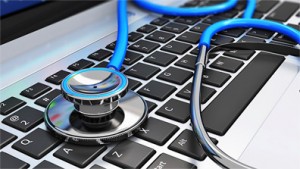 Unlike in the past where Windows had separate antivirus known as Microsoft Security Essentials, today it has a built-in antivirus termed Windows Defender. While using Windows 10 PC, it is not a must to install antivirus software. However, does the built-in Windows Defender provide complete protection to your computer?

How good is Windows Defender?

When using Windows 10, you already have an active antivirus program operating on your PC. This built-in antivirus program will download new definitions from Windows update, scan the programs that you will open, and provide an interface for a thorough scan. It has no pop-ups, it does not take much space, and it does not keep track of your browsing data. Antivirus tests, however, indicate that Microsoft antivirus scores low as compared with others. According to how to geek, Windows Defender scored 3.5 out of 6 from comparative tests. However, real protection tests established that it neutralized threats up to 94.5%, which is good but still lower than almost all other options.

Assuming you ensure that Windows is updated, you keep away from likely dangerous plugins, and use an updated browser; Windows Defender may offer important protection depending on your risk tolerance. However, it cannot be as excellent as antivirus software installed on your PC. This is particularly critical if you regularly download pirated apps or engage in risky online behaviors. Regular use of the internet will require you to install antivirus software that is well suited in fighting the growing number of online threats.

In Windows 10, when the Security Center detects that you have installed another virus, Defender automatically shuts down. The Windows Defender will only remain active if you do not have other protection. Windows Defender exists to ensure that everyone has some form of protection on his/her PC. The networked nature of modern antivirus programs facilitates a kind of herd immunity for emerging threats. That is, when the people around you have protection installed, you are safer even if you have none yourself. However, that does not imply you should depend on it; personal immunity is way stronger than herd immunity.