Can VPN Protect Us From the NSA? 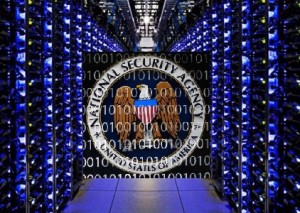 The NSA (National Security Agency) is the branch of the United States government that is responsible for monitoring data that is transferred across the internet, among other things. The reason for this is to prevent any possible terrorist attacks or any sort of violent outbreaks across the nation.

With this in mind, the NSA are constantly monitoring all of the data which is passed across the internet (nationally and internationally) which includes the messages you send, the websites that you access, and files that you download. This also includes all of the social media websites that most people use daily such as Facebook, Twitter, Google, YouTube and even Skype! Some find the fact that everything you do online is watched over disturbing, although at the end of the day it could be difference between thousands of people dying due to a terrorist attack, and a terrorist attack being prevented.

So, let’s get to VPN’s and if they can prevent your internet activity from being monitored.

By default, everyone’s data is filtered through the NSA’s system, but with VPN it is possible to protect your data. In fact, it is incredibly easy to protect your data from being filtered. Why is it so easy? The NSA don’t use any sort of advanced technology, that would be a huge waste of money for them. Instead they use basic traffic filtering to save time and save a lot of money.

If you want your internet activity to be kept private to yourself then VPN is the way to go. How does VPN protect you? VPN privatizes your data by transferring it through an encrypted connection instead of the regular connection that your ISP has set up for you by default. VPN encrypts everything you do. Your emails, the messages you send over social media, the websites that you access and all of your google searching. All of it is protected once you take the next step to protecting your data, and get VPN.

So the answer to the question, is yes VPN can protect both you and your internet data from the NSA. On top of this, VPN can also protect you from potential hackers trying to intercept data traveling through your internet connection and grabbing details such as your credit card information, which unfortunately is a growing problem. This is because the data you send is encrypted therefore it is a lot more difficult to intercept this data without any trouble.

Although keep in mind, if your ISP (Internet Service Provider) notice suspicious activity coming from your internet line then they may decide to monitor your internet activity.