Biggest Lies Told On The Internet In 2018 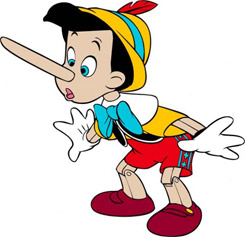 Several lies are peddled on the internet. Most of these lies are told by individuals, companies, and other persons trying to get attention or have you take an action that will achieve their goals. Another set of lies are as a result of government propaganda. Besides, consumers also tell lies to access some services or products. Below are biggest lies told on the internet in 2018.

Internet Service Providers (ISPs) are informing the state legislatures that running a neural network would not allow them to raise revenues that will enable them to meet up with the payment for upgrades. As a result, they will have to charge consumers higher bills for internet access to allow them to make enough money needed for upgrades and maintenance of their networks. Well, this is nothing but a big lie.

The fact that you activate “do not track” on your browser does not mean that your request not to be followed will be respected. You do not even know when you are followed; so, this assertion is far from the truth. However, you can push the button since it is there, but do not expect not to be followed.

You hear this statement whenever there is an ugly gun issue. However, many of the rights Americans take for granted had not started to exist by the time the Founding Fathers consented to the U.S. Constitution and Bill of Rights.

This is purely a myth because there is nowhere in the amendment where it is stated that gun owners are allowed to own and keep firearms in their homes. It is one of several lies that have greeted the internet space in 2018.

There is no way that strict gun laws will increase the number of guns having witnessed here guns ended up in the wrong hands all these years. This is a scare tactic used by gun lobby representing gun sellers.

This is one of the all-time biggest lies. Hardly did many people read several pages of the terms and conditions of any software or application they are subscribing to before clicking this statement.